On the 14th and 15th of May the Putting Life into Late Neolithic houses project held a workshop weekend at the Vlaardingen Culture house. The workshops were aimed to teach the volunteers and project members about daily life in the Neolithic. For two days workshops were hosted to learn about crafts and subsistence in the Neolithic.The crafts workshops included workshops for flintknapping, antler and bone working, basketry, working with fibers and woodworking. This would allow the volunteers to begin to make artefacts to furnish the Neolithic house. Food related workshops included gathering wild plants, making fire with Neolithic tools and a Neolithic cooking workshop.

During the flintknapping workshop the basics of flintknapping were taught. Participants learned to strike flakes from cores and these were then retouched into scrapers and borers. In addition to that simple hafting methods were taught. One type of haft was made from willow branches of which the wood itself was used as the handle while the willow bark was taken off in long strips to form the binding. Another hafting type involved the hafting of flint using birchbark tar as an adhesive. 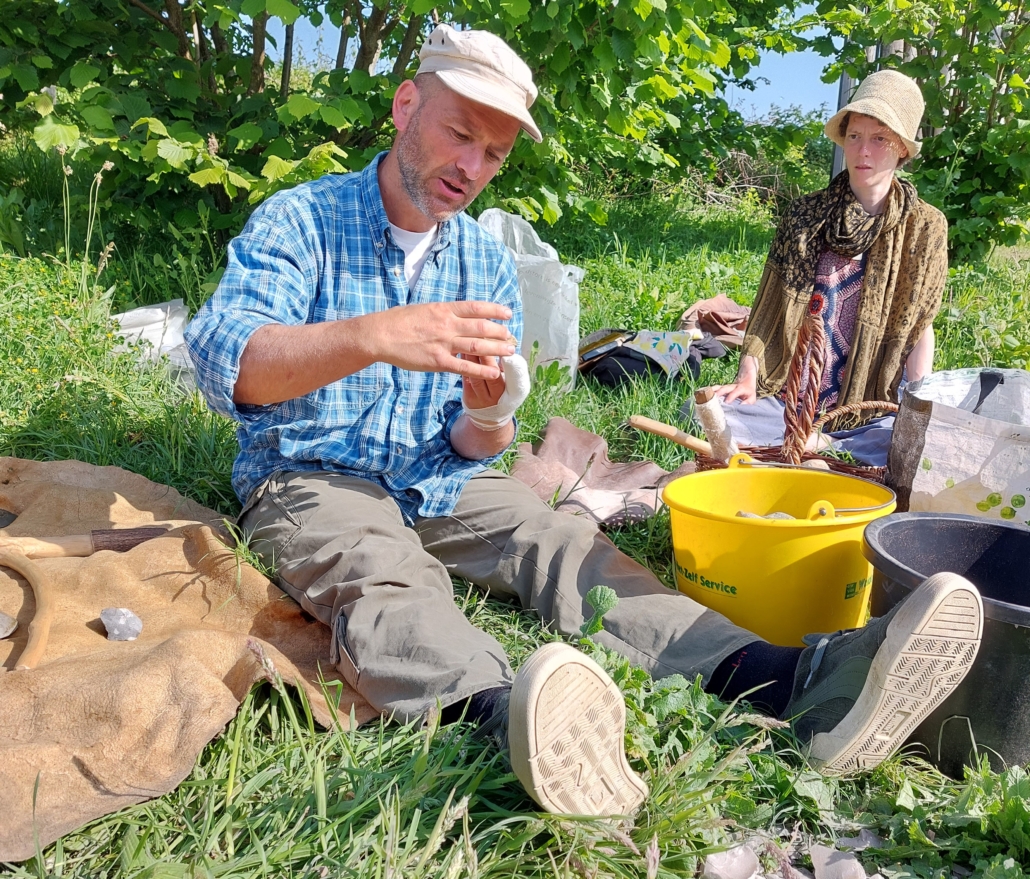 Diederik Pomstra giving an introduction in flint technology during the workshop weekend. 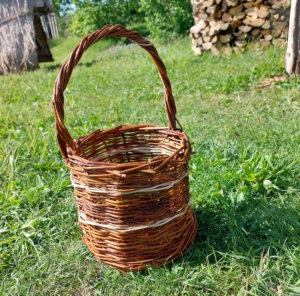 The basketry workshop taught the volunteers to make baskets from willow branches using traditional methods. These kind of workshops also remind us of how little is actually known about this period. Baskets have not been found in Vlaardingen Culture sites, but this is mainly due to the fact that wood doesn’t preserve in the archaeological record. And even if wood would preserve, wooden artefacts most likely always end-up as firewood after the fall into disuse. We need to be aware of how little we still find and therefore, how important it is to be creative and imaginative to put the Neolithic house back to life. Most objects that would have been present in a house like this will not be found on archaeological excavations. It is what professor Linda Hurcomb termed ‘the missing majority’ of organic artefacts.

If we want to bring the house to life we will need to think beyond flint and ceramics (which are always preserved). The workshop weekend was a great way to promote awareness of the wealth of materials that people would have used in the Neolithic.