The major project for 2021 is the making of a dugout canoe. A few weeks ago a huge 6,5 meter long oak trunk was delivered at the Vlaardingen house. Over the summer volunteers of the Masamuda center will turn this trunk into a canoe with which we will explore the waters around Vlaardingen.

A literature search by Caroline Vermeeren and Kirsti Hänninen showed that Quercus was regularly used in the Neolithic for making canoes. More importantly, a canoe fragment of oak had been found at the Hazendonk, a site with Vlaardingen levels. Diederik Pomstra made several polished flint axes of the Buren type, which were documented microscopically before being put to use. This way we would be able to follow the development of the wear traces on such a newly made axe.

Leo teaching the volunteers how to use a large flint axe with some of the administrative forms in the foreground.

The past two weekends Masamuda volunteers were taught how to use a flint axe, something that requires a bit of practice, but everyone got the knack of it quite quickly. They were also instructed how to document the progress of their work, tool use time, and how to make casts of the tool’s edges so that we could keep track of tool biographies.  Supervision is by Leo Wolterbeek, who is a very experienced canoe maker. 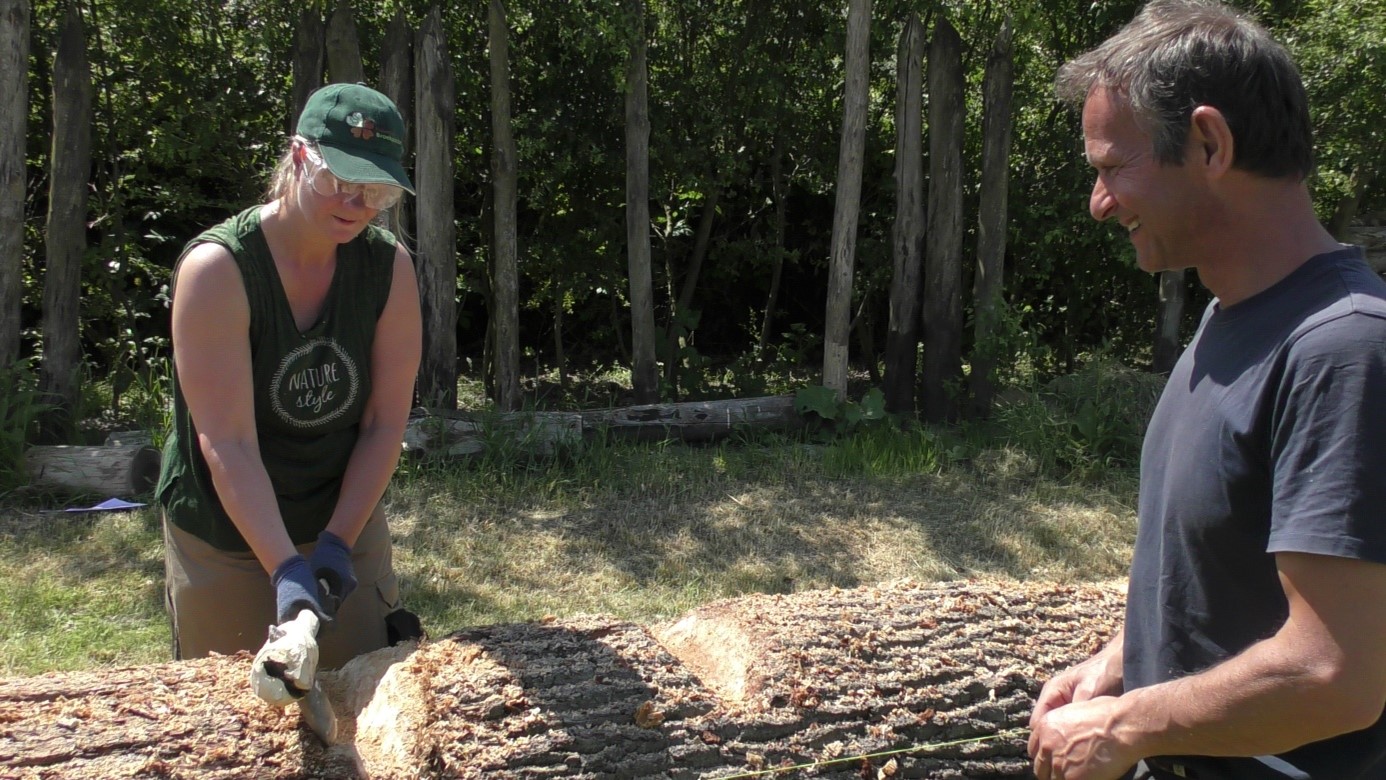 Leo explains how to handle a flint axe.

We are starting with the bottom of the canoe, removing the sapwood. To do so, V-shaped slots were axed at regular intervals into the wood. After that a groove was made by means of an antler chisel and a wooden hammer. Wooden wedges were subsequently hammered into these grooves. This way large sections of the sapwood could be removed. This went surprisingly fast and they were able to remove large chunks of the bark and sapwood. A start was made with finishing the surface of the bottom, something that will require a bit more care and attention as it is quite easy to go too deep. We will keep you posted of the progress! 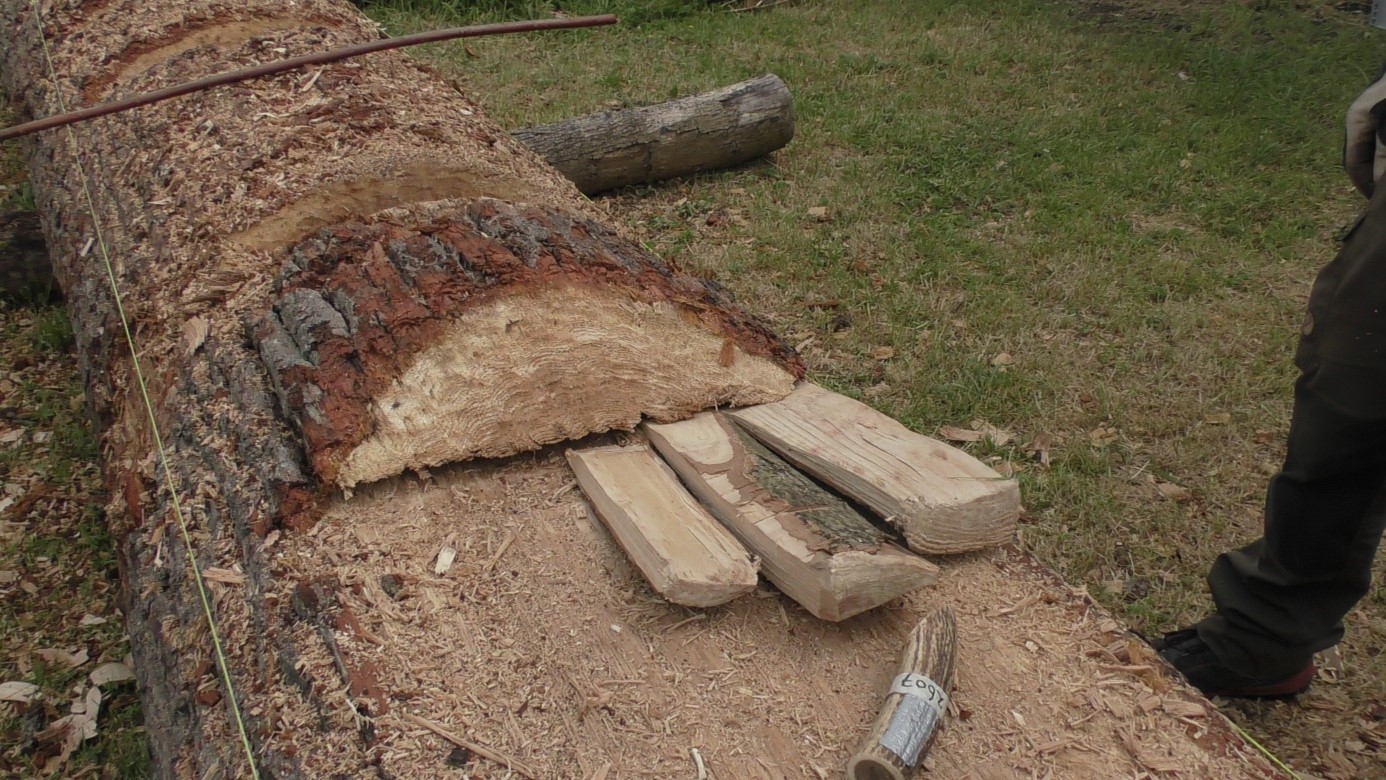 Splitting large segments of the bark and sapwood with wooden wedges after having made a cut with the antler chisel.

Finishing the outer surface of the dugout with a large Buren axe, possible but not ideal!

Gathered around the trunk a discussion started as to where and how this activity could have taken place and how Kelvin Wilson should visualize it in his illustration. What was the nearest place where such big oaks could have grown in the 3d millennium BC? Certainly not in the Rhine/Meuse delta, more likely in the higher-lying sandy regions to the east. As it is impossible to move around such a big heavy trunk before it was turned into a canoe, we concluded that some people must have left the delta on an expedition of several weeks to find oak trees of this size and make the dugout at the spot of the tree felling.

When would be a likely time for such an expedition, one that would not conflict with other activities in the yearly seasonal round? Who would have joined such an expedition? How did they live in such an encampment, what kind of structure may they have had for the weeks that it probably took to finish the dugout? Could they, in the meantime, have collected food sources to take back to the delta such as acorns?  Those were the kind of questions we raised and which we will explore further in the coming months. Let us know what you think!! We would be very happy to receive your input!