On the 11th and the 25th of July, hide-working experiments were conducted at Masamuda, Vlaardingen. The goal was simple: obtain a processed animal skin. The method, however, resembled prehistoric hide-working processes.

After a short introduction on hide-working given by Diederik Pomstra, the animal hides – in this case, red deer and fallow deer – were stretched onto a wooden frame (fig. 1). At this stage, these rawhides were already fleshed which resulted in dry, hard and stiff animal skins. To grain (i.e. removing the hair) these hides, the outer layers of the skin are removed (fig. 2). These are the epidermis (or outer skin) and grain level. During this stage of dry-scraping, the removal happens with flint scrapers that were resharpened from time to time by Diederik (fig. 3). The scrapers – hafted in wooden shafts – used for the hides of the fallow deer were not used to scrape the hides of the red deer and vice versa. 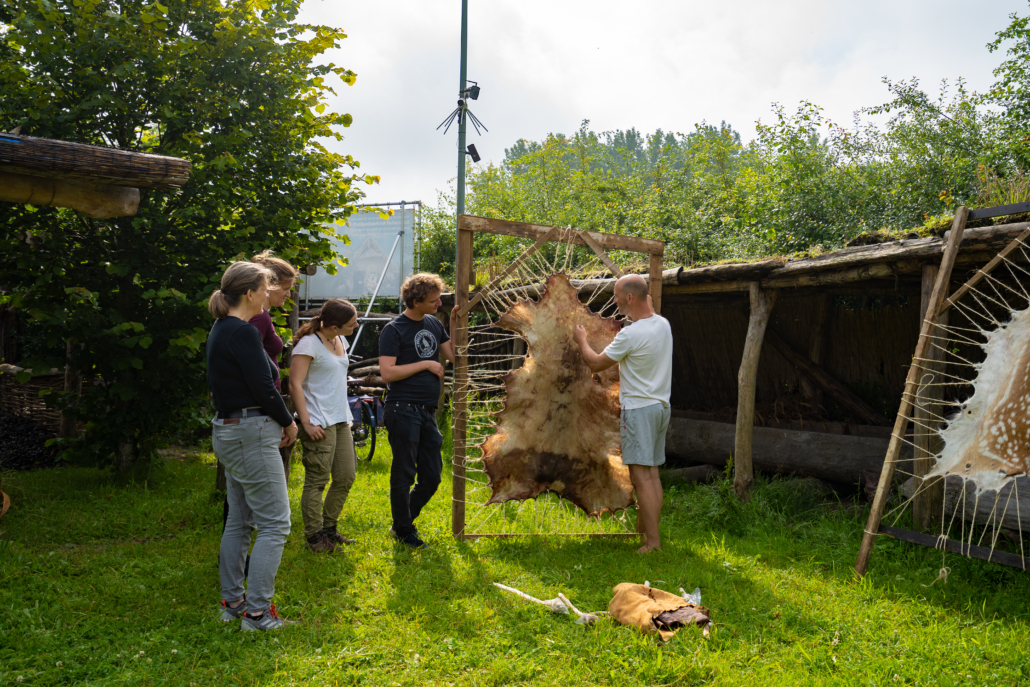 Figure 1: Diederik Pomstra giving some explanations on how to scrape the deer hides, (© Yuri van Koeveringe). 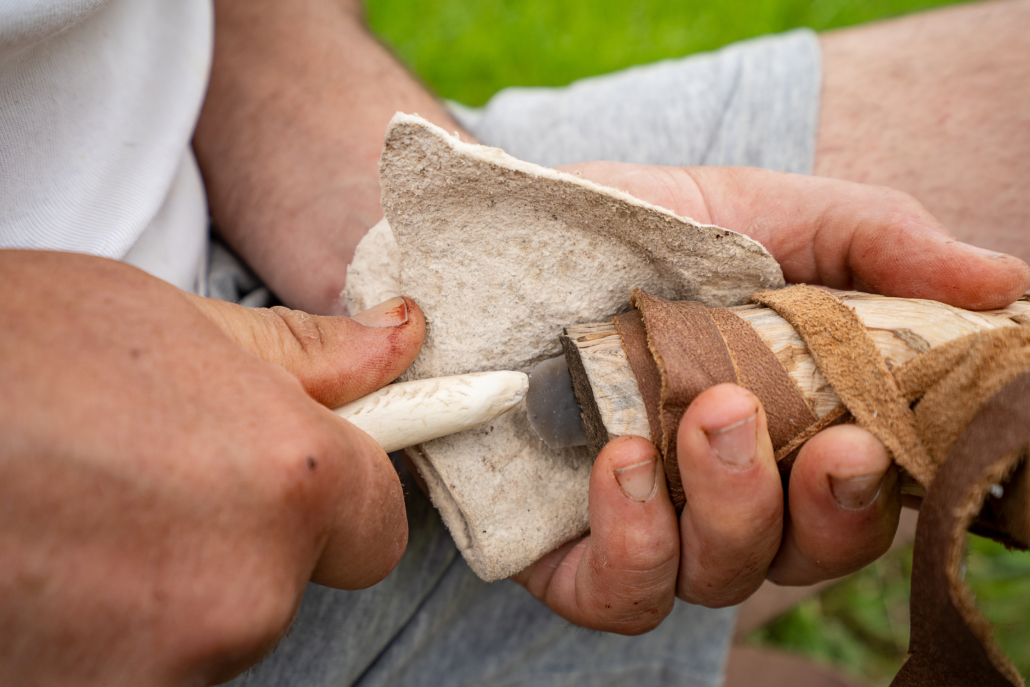 After removing the hairs and the grain layer, the hides were soaked in water. Then, they are wrung out and they are kept overnight in a mixture of oil and eggs. This process of squeezing and soaking continues until the hides are saturated with the oily mixture. Then, they were wrung, pulled and stretched to keep the fibres moving, resulting in a soft and dry animal hide. To keep it soft, the final step to make buckskin is to smoke it. Therefore, the hide is stitched up and turned into a pouch with one (temporarily) open end at the bottom and kept over a fire fueled by ‘punky’ (partially rotted wood). The smoking process resulted in a beautiful amber coloured buckskin.

This labour-intensive and time-consuming activity gives us insights into the difference between the duration of occupation of coastal dune sites and levee sites, which are considered to be permanently occupied sites and seasonal extraction camps respectively. Questions concerning habitation patterns particularly apply to sites such as Hekelingen III (van Gijn 1990, 132). While neither the evidence for woodworking or hafting nor the evidence for bone-tool manufacturing was conclusive about the character of the site, flint-use might give us a clue about its habitation patterns (van Gijn 1990, 132). For example, it is generally assumed that labour-intensive and time-consuming activities such as graining animal skins took place at base camps or permanent settlements. Removing the hair leaves specific micro-wear traces on the flint tools used. The presence and appearance of these traces on the experimental flint scrapers provide us with insights into the use of flint scrapers, which can then be linked to settlement patterns.